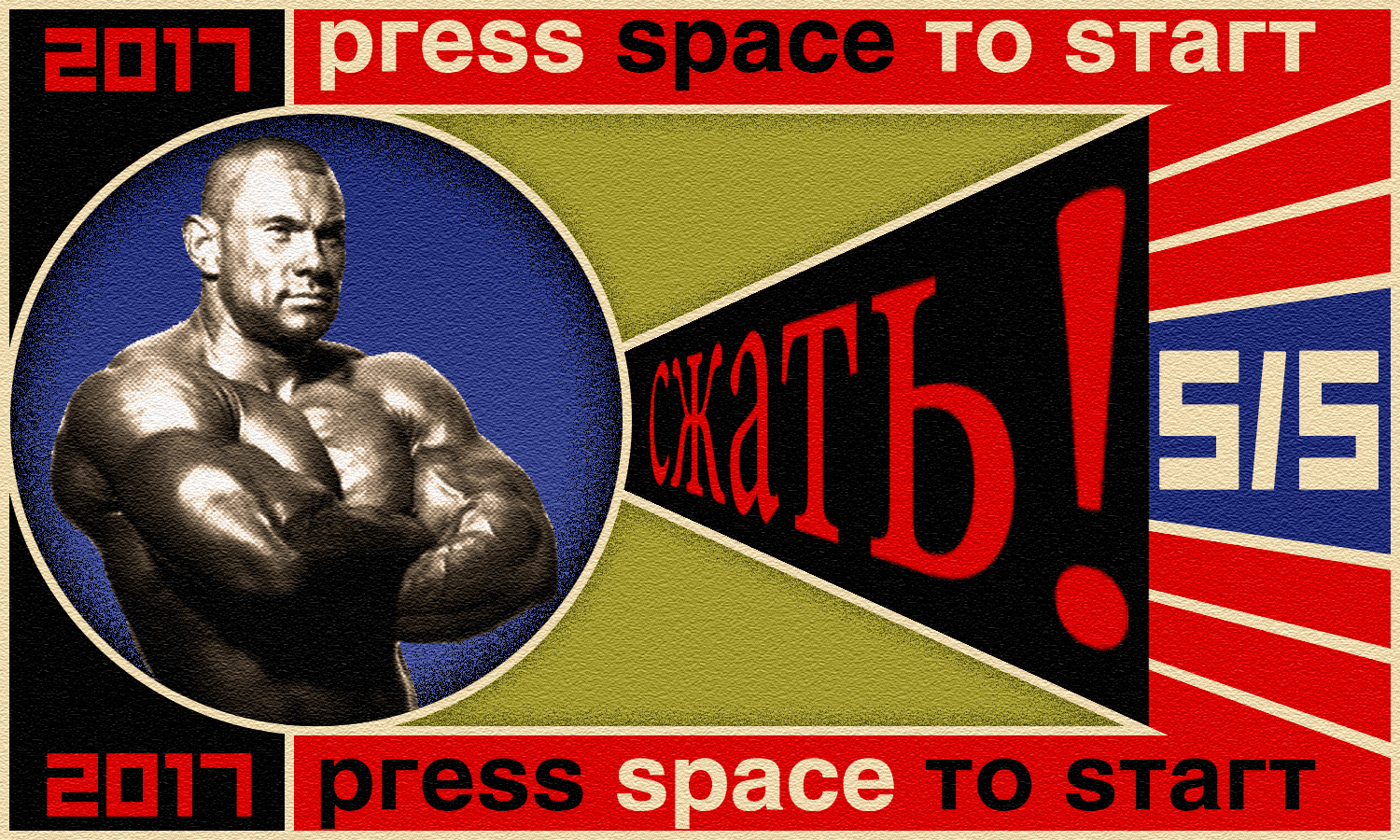 Two players go head to head in a bodybuilding competition as they attempt to recreate a variety of different poses with both players’ performance being captured via webcam and projected to a big screen for spectators to watch. The game begins when both players have made their entrance by stepping on their respective pads and grabbing their controllers. The game will suggest random poses successively for 30 seconds each and start displaying each player’s camera feed. The harder each player clenches on a given pose, the larger their camera feed will be on the screen and ultimately, the crowd and judges decide a winner after three poses. 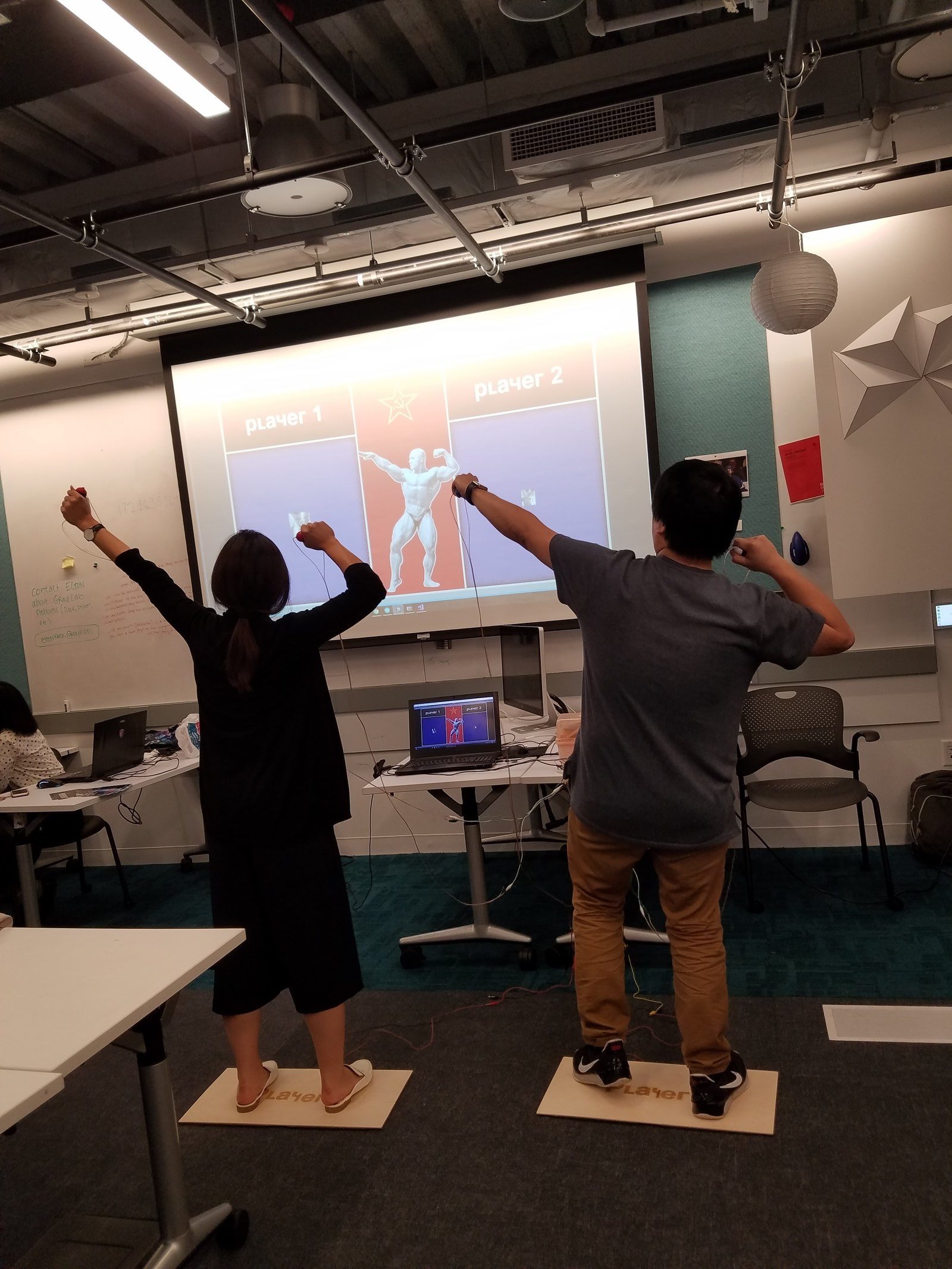 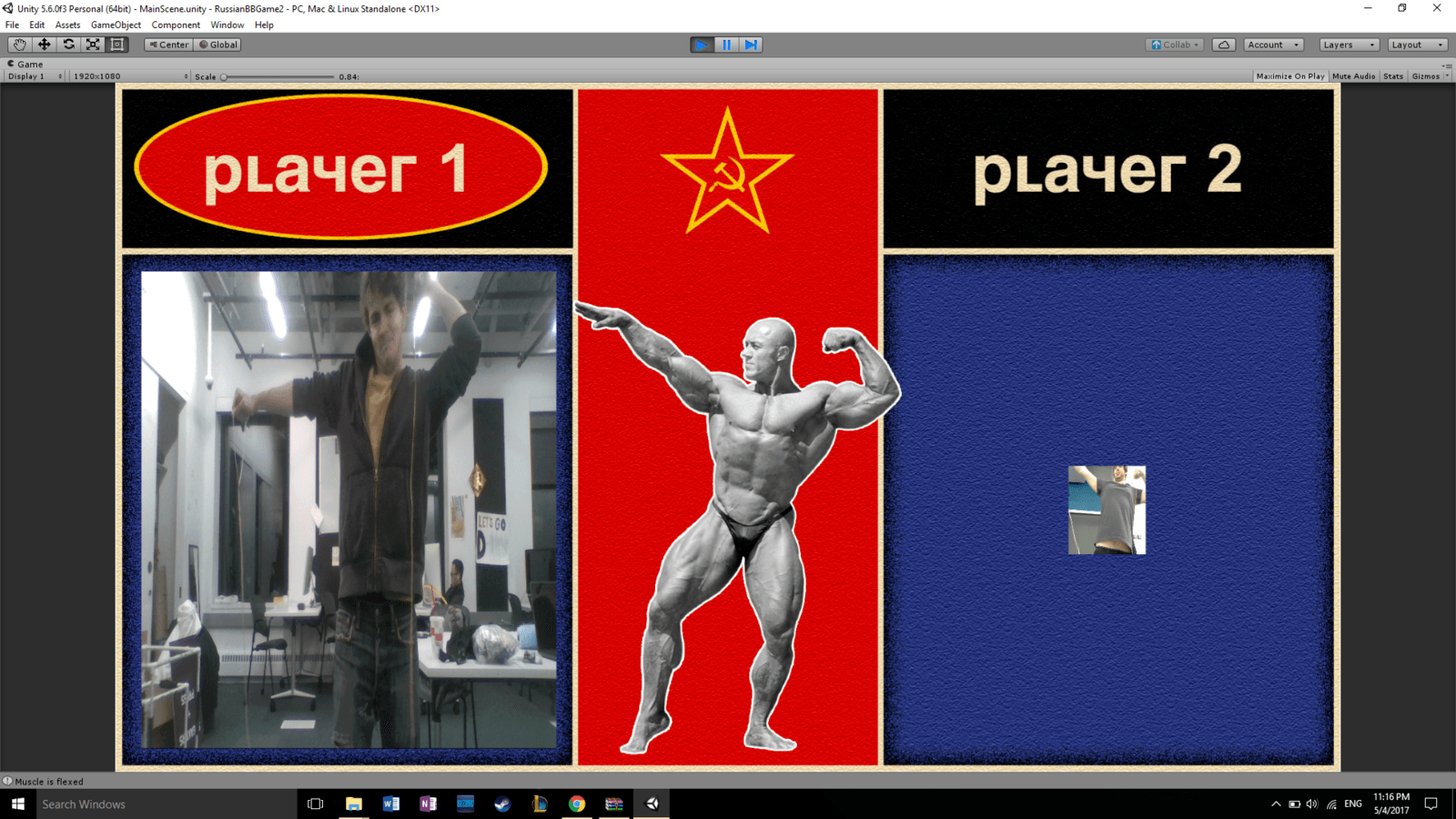 Clench was the final project for one of my graduate classes, "Beyond the Joystick", where the objective was to explore the world of alternative videogame controllers, understand their influence on a player's experience, and learn how they can be designed and built effectively.

Clench aimed to explore the social aspects of gaming and how alternative controllers can bring players out of their comfort zone, while still helping them achieve total immersion. The idea was to let players act out the excessively awesome spectacle found in bodybuilding competitions through means that were inspired by over-the-top Japanese arcade cabinets featuring wild skeuomorphic controllers.

How we Built it

Clench was built using Unity to create the software and Arduinos to create the controllers. The game receives input from the controllers via serial communication where each packet of information represents how intensely the player is squeezing at any given moment and whether they're on the mat so that their pose is registered. It also collects data from two webcams whose feeds are mapped onto the game UI using Unity's Render Textures.

As seen in the following figure, the Arduino collects data from custom-made bend sensors found in each part of the controller (C1, C2, and M). Along with the webcam pixel data (W), this data is transmitted via serial communication to the Unity file where it is mapped to the size of the player's camera feed. 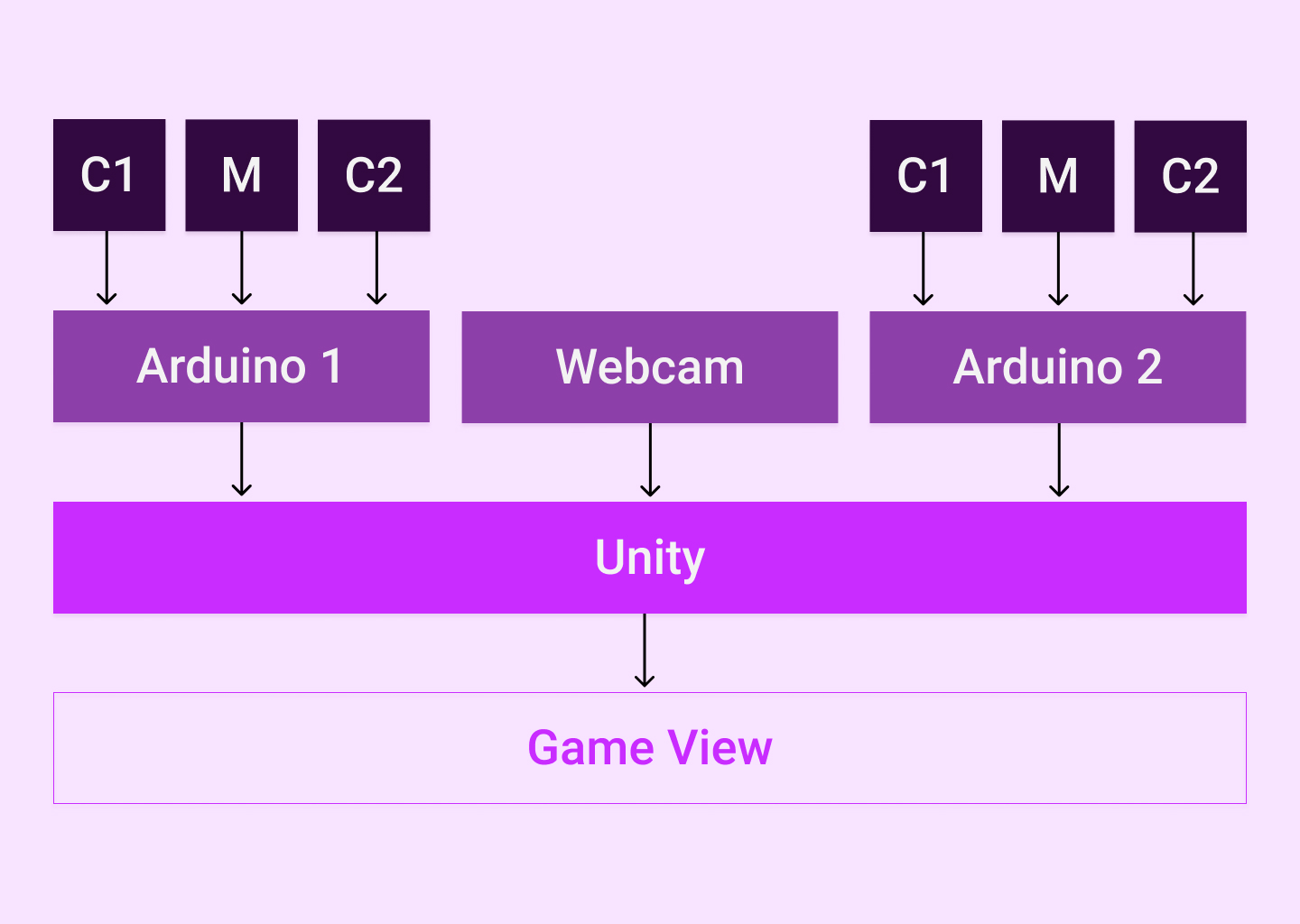 It should be noted that the controllers were fully custom-made for Clench using everyday materials and digital fabrication methods. The pill controllers (C1 and C2) are plastic foam pills with Velostat embedded in their core so that they can collect analog pressure data while the player is squeezing them and the mat is lined with Piezo elements so that it can detect whether the player has stepped onto it. For a cosmetic touch, the wooden mats have been engraved with the words "PLAYER 1" and "PLAYER 2" using a laser cutter found in the NYU Makerspace. 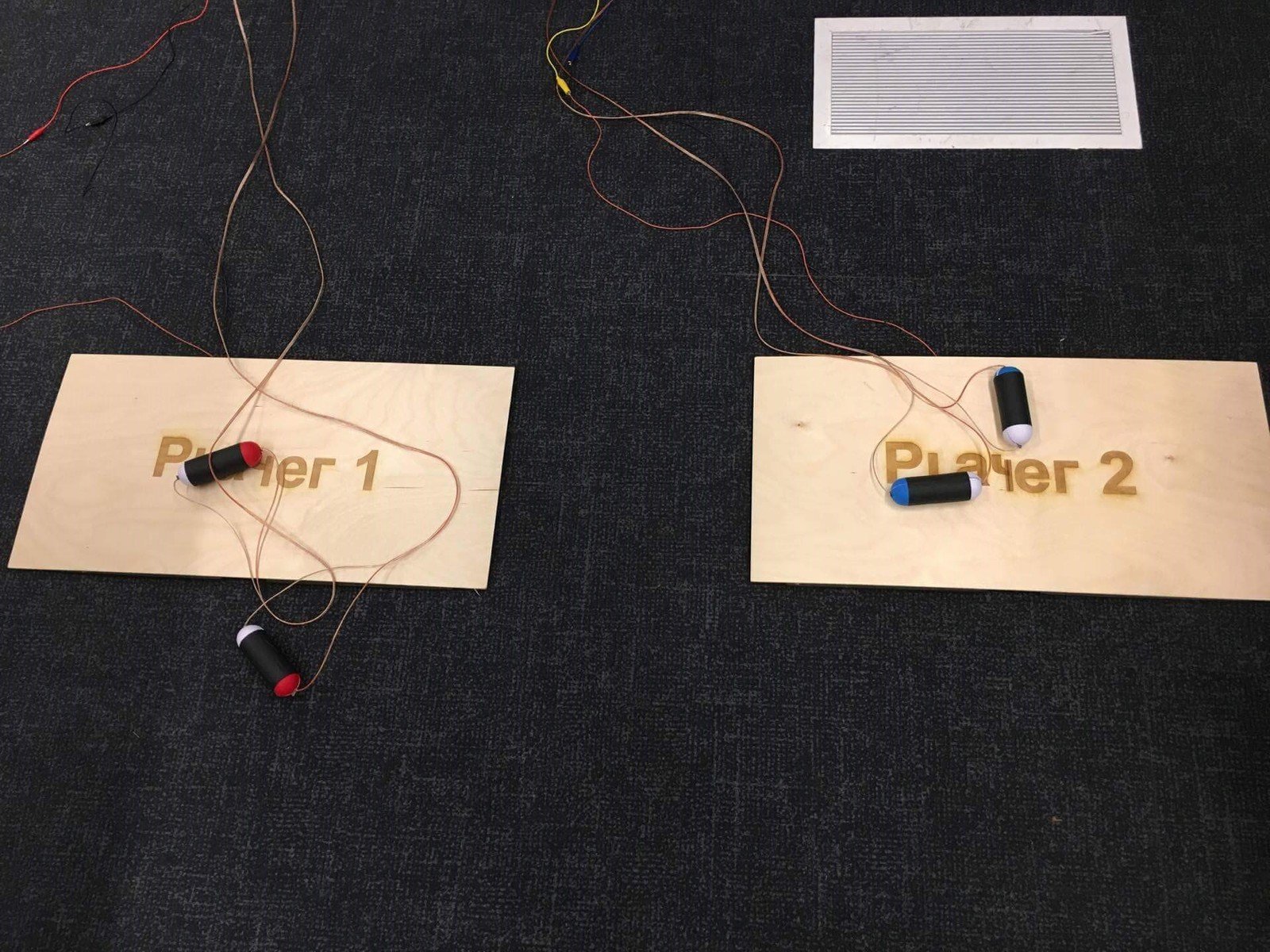